Join us on Tuesday, August 9, at 7:00 PM ct for Listen Live with Katarra. This online event will stream live on the KDHX YouTube page at YouTube.com/KDHX with a portion also broadcasting live on 88.1FM.

The dramatic new single from Katarra Parson finds the singer/songwriter self-producing alongside a familiar roster of fellow musicians. Together, they explore a tension and release format that delivers dopamine rush after dopamine rush. With Andrew Gibson on drums, Tilton Yokley on bass, Joey Ferber on guitar and Jahi Eskridge on trumpet, “Loathe A Rose” escalates something that begins as an easy, latin, groove-based piano-jazz number into an embattled tango of emotional psychedelia. Somewhere along the way, a vulnerable protagonist steps through a restless soaring ballad to embrace a righteous and powerful sensuality. The sheer aesthetics of it all make this full length debut (the radio edit is two minutes shorter) fly by a lot faster than the eight and a half minutes it actually measures out to.

This song was recorded by Daniel Merhman at Midtown Studios and Katarra granted me six multitrack session files of individual instrument groups that constitute the final master. On this show, you’ll be hearing those isolated instrument tracks alongside Katarra’s narrative. She sat down at her piano to walk us through her creative and technical process. Songs Out Loud breaks it down instrument by instrument, lyric by lyric and beat by beat.

Singer/songwriter and pianist Katarra Parson is set to release the power ballad 'Loathe A Rose' November 29th on all streaming platforms. On the second anniversary of her debut album, Cocoa Voyage, Soul/R&B artist Katarra will be releasing the passionate and jazz centered single to the public. Recorded live with Andrew Gibson on drums, Tilton Yokley on bass, Joey Ferber on guitar and Jahi Eskridge on trumpet, this song mixes jazz and soul with a Latin feel. With raw vocals and keys in tow, Katarra sings a rebel cry of self-love for the underdog. From the Phoenix that rose from the ashes, to the rose that grew from concrete, Katarra presents her first live and epic single, composed and produced by herself.

“Katarra is killing it on the keys. The singer-song-writer is performing at The Sheldon, its stained glass windows dark in the September evening. Purple and pink lights project a groovy damask-like pattern behind the artist and her two-piece band. The vibe changes from mellow to moody to explosive as the artist shifts from the keyboard to piano and back again. One minute, we’re in a stream of soulful vocals and shimmering cymbals, feeling the flow; the next, we’re rocketed into orbit. “Sing, Katarra,” someone calls from the audience. “I have a lot of things I have to get off my chest,” the singer tells them, “that I have to express,” before launching into “Conversation Golden,” off her debut album Cocoa Voyage.”

Singer-songwriter and pianist Katarra describes social distancing during the COVID-19 pandemic as “hermit mode.” In the leadup to 2020, Katarra had felt like the universe—or maybe it was God—was pushing her in a certain direction. Katarra, known for her jazzy, soulful sound, was a Kranzberg artist in residence in 2019–2020. She released an album, Cocoa Voyage, in 2019. She performed the Black National Anthem at Mayor Tishaura Jones’ inauguration ceremony. But she’s a self-described introvert, and she felt she couldn’t reveal her true self. “Putting out personal songs to masses of people is something that's extremely vulnerable—especially with the intensity of the emotions I feel,” she says. “I put everything into these songs.” So just like the private retreat of a hermitage, her hermit mode allowed her to sit with her thoughts and feelings, to ask herself, truly, what she most desires and to think about her purpose in life.

Katarra “Cocoa Voyage” Album
The debut album from the self-taught singer, songwriter and pianist, Katarra’s “Cocoa Voyage” is the lovechild of soulful bliss and high-strung emotions. In her compilation of fierce records—fueled by effortless runs, harmonies and a dab of classical influence—Katarra uses her voice to somehow fuse the present with the past. With an intensity that is unmatched, “Cocoa Voyage” gives that ’90s “Love Jones” feel that R&B-lovers look for when seeking out timeless records. Tracks like “Phoenix Rising” and “Something Good For You” display Katarra’s vocal latitude and make her a bright star to keep an eye on as the year rolls on. Katarra says fans should seek out forms of emotional and physical expression during times of isolation to combat boredom and loneliness. 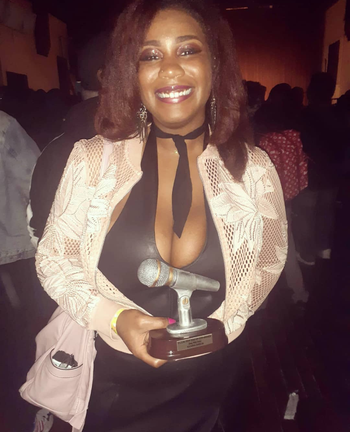 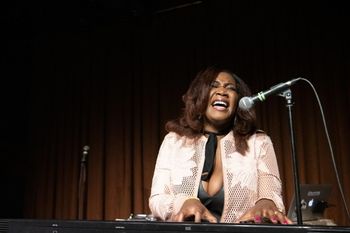 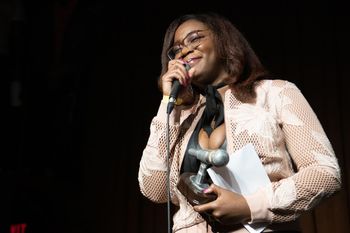 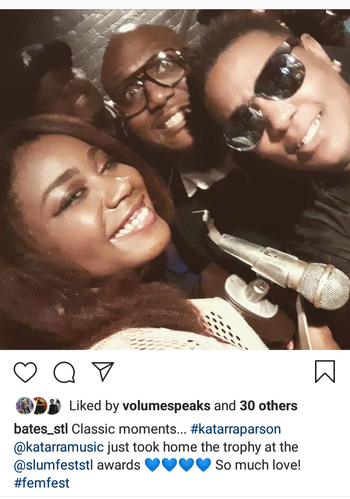 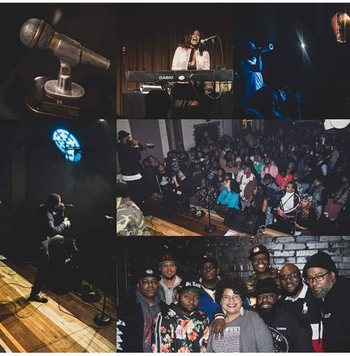