“Katarra is killing it on the keys. The singer-song-writer is performing at The Sheldon, its stained glass windows dark in the September evening. Purple and pink lights project a groovy damask-like pattern behind the artist and her two-piece band. The vibe changes from mellow to moody to explosive as the artist shifts from the keyboard to piano and back again. One minute, we’re in a stream of soulful vocals and shimmering cymbals, feeling the flow; the next, we’re rocketed into orbit. “Sing, Katarra,” someone calls from the audience. “I have a lot of things I have to get off my chest,” the singer tells them, “that I have to express,” before launching into “Conversation Golden,” off her debut album Cocoa Voyage.” 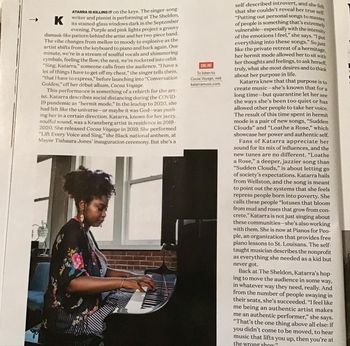 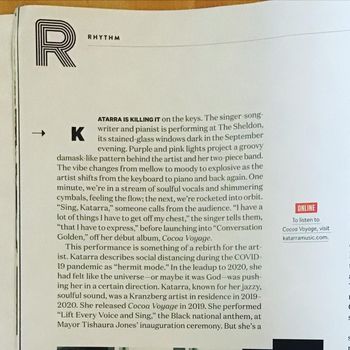 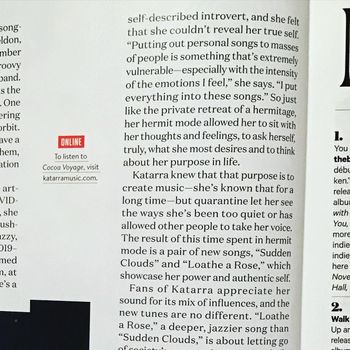 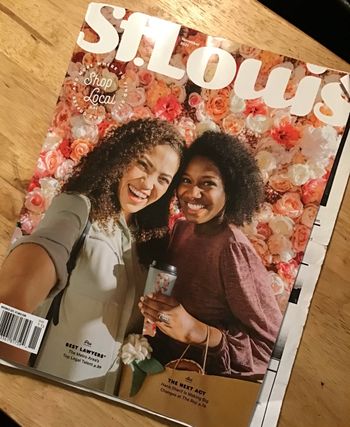